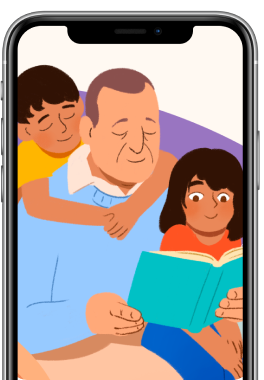 All the family moments that you want, without all the stuff that you don’t.

What Does Lalo Mean? 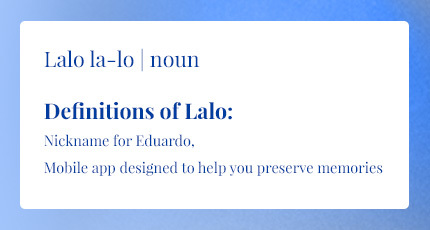 When searching the name Lalo online, you’re bound to get a variety of results. Is it a Spanish nickname? An app where families can share memories? A popular Breaking Bad character? A sugarcane plant?

In short, it has quite a few different meanings!

For me, Lalo means a great deal, as it was my Dad’s nickname (pronounced in Spanish as “law-low”). What is Lalo a nickname for, you might ask? In Spanish, Lalo is a common nickname for anyone with the first name Eduardo (or Edward in English) along with Edu (the etymology of which is a bit more obvious). When I was struggling to find a name for my company, I spent hours trying to mash words together to come up with a name that popped like “Memory.ly,” “StoryView,” and “Reminisce.io.” I would say these names out loud, look for website domains, see if the social media handles were available, and check out if the words were trademarked – but none of them felt right. This process went on for weeks, until finally my wife turned to me and said, “Juan, you started this company because of your experience of losing your dad, why don’t you name it after him?”

Wow, all this time I’ve been racking my brain and there it was sitting right in front of me! The perfect name for my company: Jorge_Eduardo_Medina.com!

As lovely a name as that is, it’s a bit of a mouthful for a catchy app trying to get a new user’s attention, so I went with my father’s nickname, “Lalo”.

The next step was to try the name out with a few potential users, friends, co-workers, and neighbors. I got a range of feedback from, “What the (blank) does lay-low mean?!” to “I don’t get it, why not call it MemoryBox.com, or something more obvious?” While I could have decided upon a name that’s more on the nose like Ancestry.com, I wanted the company to have heart, to have a story behind it, and a name that showcased it. Even if it meant taking the road less traveled, I was willing to put in the work so future customers would understand what Lalo meant.

Is Lalo a Nickname for Eduardo?

After explaining the reasoning behind the company’s name, the number 1 question I got over and over again was why would Lalo be the nickname for Eduardo? Although there are lots of examples of English names that come with confusing nicknames, like “Jack” being short for “John” and “Dick” being short for Richard, it was a good question to look into. How did the name Lalo come to be? I searched online, asked relatives, checked Spanish language websites, and I was able to track down two leading theories:

The first theory is simply that Eduardo is difficult for children to pronounce, so “Lalo” became a catchy placeholder that was easier to say and better suited for a cute baby than the more formal Eduardo.

The second theory is that the etymology for Eduardo and Lalo pointed to an original meaning of both words meaning “rich guardian” or “guardian of wealth.” Edward from Old English Eadweard, literally means "prosperity-guard," from ead: "wealth, prosperity" + weard or ward: "guardian.” However, there’s still a gap in finding a similar etymology for “Lalo,” so I kept searching!

What Does Lalo Mean?

I tried to find a definition for Lalo that might give an explanation as to what the nickname Lalo means. My findings were…interesting to say the least.

Hmm, not exactly what I was looking for. But it’s safe to say my Dad wasn’t named after Sugarcane parts or speech organs.

The Lalo Nickname Around the Globe

With not even Webster’s Dictionary giving me the answers I was looking for, I did some research around the globe to see if I could find more clues. A few interesting tidbits came up:

Clearly, Lalo means something different to a lot of people around the world. While there are a variety of definitions and origins of the name Lalo, we hope to create our own meaning for it: a virtual space where you can spend time with family and make memories with those you love. There are many stories that make up the name Lalo, but only one that’s yours. How will you tell it? 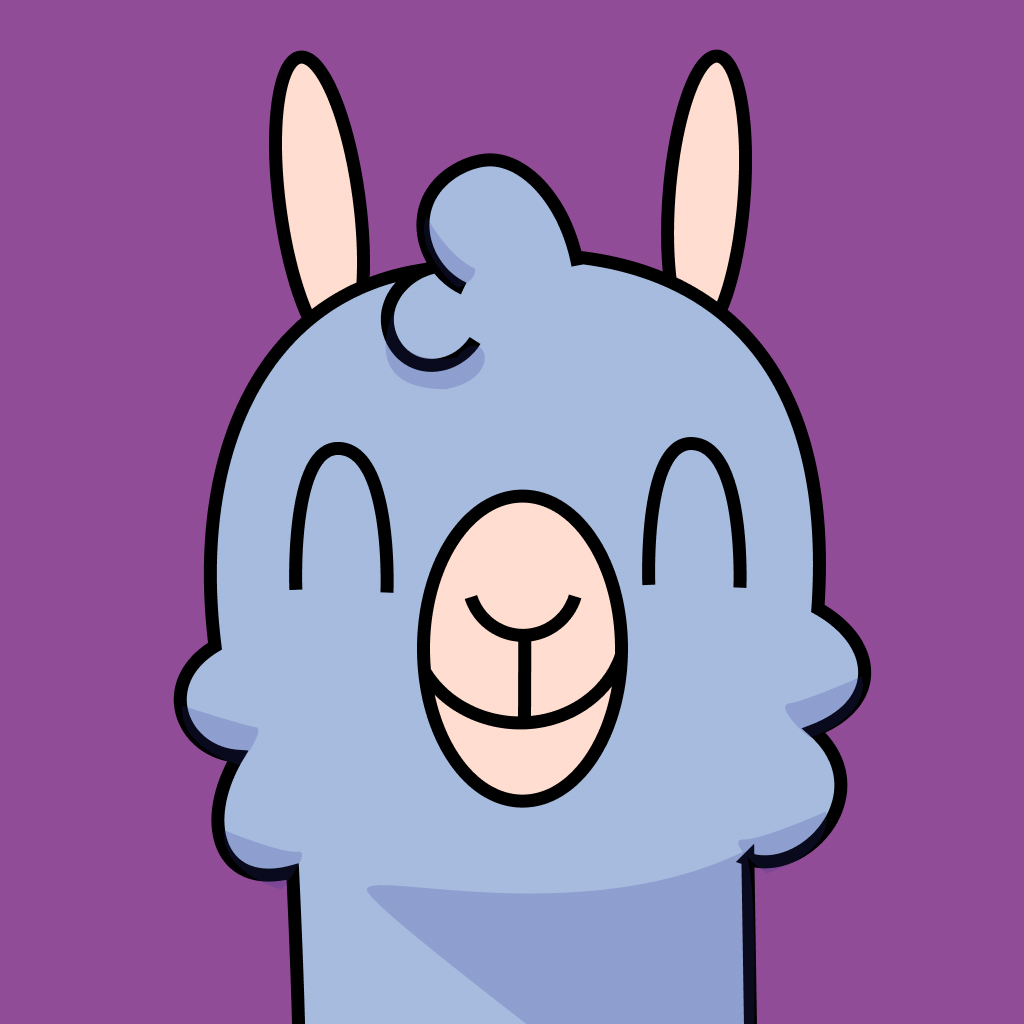